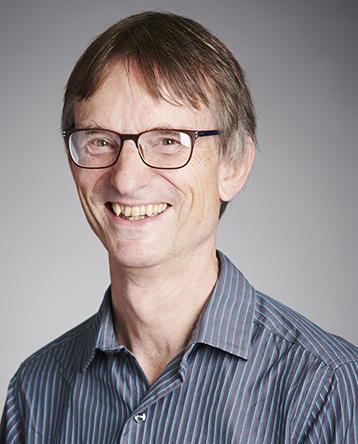 Anthony Rollett has been a member of the faculty at Carnegie Mellon University since 1995, including five years as department head. He is the co-director of the Next Manufacturing Center on additive manufacturing.

Previously, he worked at the Los Alamos National Laboratory. There, he was group leader of metallurgy from 1991-1994 and deputy division director of materials science and technology for a year after that.

He has been a Fellow of ASM since 1996, Fellow of the Institute of Physics (UK) since 2004 and Fellow of TMS since 2011. He received the Cyril Stanley Smith Award from TMS in 2014, was elected as Member of Honor by the French Metallurgical Society in 2015, and became the US Steel Professor of Metallurgical Engineering and Materials Science in 2017. He received Cyril Stanley Smith Award from the International Conference on Recrystallization and Grain Growth in 2019 and also the International Francqui Professor for 2020-2021, from the Francqui Foundation, Belgium.

His research group is supported by industry, several federal research agencies, and the Commonwealth of Pennsylvania. He is a member of the Basic Energy Science Advisory Committee and the Defense Programs Advisory Committee under the Department. of Energy. His lecture notes on texture and anisotropy are widely known and used, and he started a new course on additive manufacturing and materials in 2016. He started a new master’s program in additive manufacturing in the fall of 2018.

A route for avoiding defects during additive manufacturing

Research published in Science reveals how defects form during additive manufacturing, and offers insight into controlling machines to avoid this problem.

CMU was named one of the awardees in America Makes and the Air Force Research Laboratory’s additive manufacturing challenge titled “Mirco-scale Structure-to-Properties.”

Rollett and Cunningham co-author two of the most downloaded papers

MSE’s Anthony Rollett, as well as Ross Cunningham, who was a Ph.D. student in Rollett’s group, are co-authors on two of the most downloaded papers in their field for 2018-2019.

Rollett on additive manufacturing for aviation

MSE’s Tony Rollett was interviewed by WESA about a new commission of researchers at Carnegie Mellon, the University of Pittsburgh, and other institutions by NASA to improve the additive manufacturing, or 3D-printing, of airplane parts.

MSE’s Tony Rollett joined NASA at Capitol Hill for Congressional meetings and a staff briefing on NASA’s University Leadership Initiative (ULI), which includes a research team from Carnegie Mellon that will look for new ways to build and power aircraft of the future.