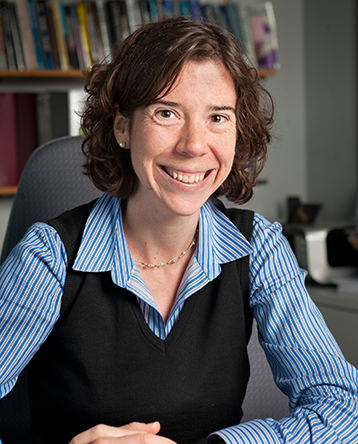 Erica R.H. Fuchs is a professor in the Department of Engineering and Public Policy at Carnegie Mellon University, and a research associate with the National Bureau of Economic Research. Her research focuses on the development, commercialization, and global manufacturing of emerging technologies, and national policy in that context. She was the founding faculty director of Carnegie Mellon University’s Manufacturing Futures Institute–an Institute across six schools aimed to revolutionize the commercialization and local production of advanced manufactured products.

Over the past decade, Fuchs has played a growing role in national and international meetings on technology policy, including being one of 23 participants in the President’s Council of Advisors on Science and Technology workshop that led to the creation of the Advanced Manufacturing Partnership, and serving on the expert group that supported the White House in the 2016 Innovation Dialogue between the U.S. and China. In 2012 she was selected a World Economic Forum “Young Scientist” (top 40 under 40 globally). She currently serves as co-chair for the National Academies committee on U.S. Science and Innovation Leadership for the 21st Century, on the M.I.T. Corporation’s Visiting Committee for M.I.T.’s Institute for Data, Systems, and Society, of which M.I.T.’s Technology Policy Program is a part; and on the Advisory Editorial Board for Research Policy.

Before coming to CMU, Fuchs completed her Ph.D. in Engineering Systems at M.I.T. in June 2006. She received her Masters and her Bachelors degrees also from M.I.T. in Technology Policy (2003) and Materials Science and Engineering (1999), respectively. Fuchs spent 1999-2000 as a fellow at the United Nations in Beijing, China. She grew up and attended K-12 in the Reading Public School District in Reading, PA. Her work has been published among other places in Science, the Nature journals, Research Policy, and Management Science; and has been covered on National Public Radio, by Bloomberg, and in the New York Times.

EPP’s Erica Fuchs will testify Tuesday, April 22 at 10 a.m. ET before the Senate Committee on Banking, Housing, and Urban Affairs in a hearing titled “Building a Resilient Economy: Shoring Up Supply.”

EPP’s Erica Fuchs was quoted in Telegraph on Moore’s Law and how the technological innovation crisis threatens global economy.

Fuchs quoted on the death of Moore’s Law

EPP’s Erica Fuchs was quoted in The Register on whether or not the famed “Moore’s Law” is achievable anymore. The law has predicted advances in computer technology over the past 50 years, but difficulty in manufacturing might spell its end.

EPP’s Erica Fuchs joined the House on June 9, to give her testimony on building regional innovation economies.

EPP’s Erica Fuchs was quoted in MIT Technology Review on Moore’s Law. “Maybe in 10 years or 30 years—no one really knows when—you’re going to need a device with that additional computation power,” she says.

In a recent paper published in Additive Manufacturing, a team of CMU researchers investigated how AM could contribute to distributed manufacturing.

3D Printing Media Network covered the recent news that CMU has been selected by NASA to lead a research team dedicated to examining new ways to build and power aircraft of the future, through NASA’s University Leadership Initiative.

CMU has been selected by NASA to lead a research team dedicated to examining new ways to build and power aircraft of the future, through NASA’s University Leadership Initiative.

EPP’s Erica Fuchs says that automation allows manufacturers to move to mass customization and “parts consolidation," which means making products that have fewer but more complex parts. This shift requires experimentation and offers "a chance for the U.S. to lead," Fuchs says.

EPP’s Erica Fuchs was quoted in a Science article about DARPA's funding initiatives to create computer chips based on materials other than silicone.

CMU study indicates Moore's Law might be coming to an end

A recent study by EPP’s Hassan Khan, David Hounshell, and Erica Fuchs indicates that Moore’s Law might finally end because the technology can no longer get any smaller.