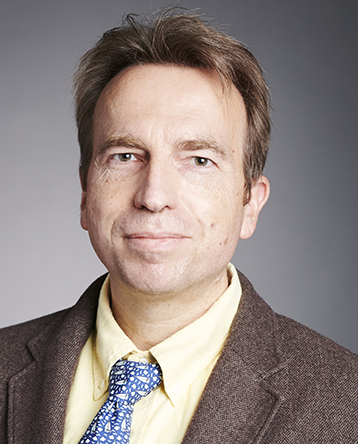 Michael Bockstaller is a professor of Materials Science and Engineering (MSE) at Carnegie Mellon University. Bockstaller received his B.S. in Chemistry from the Technical University of Karlsruhe (Karlsruhe, Germany) in 1997 and his Ph.D. in Physical Chemistry from the Johannes Gutenberg University (Mainz, Germany) in 2000. He was a scientific assistant at the Max-Planck Institute for Polymer Research (Mainz, Germany) from 1997-2000 and a postdoctoral fellow at the Department of Materials Science and Engineering at Massachusetts Institute of Technology from 2000-2004. During 2004-2005 he held a position as group leader at RWTH Aachen University (Aachen, Germany) before joining the MSE Department Carnegie Mellon University in 2005. Professor Bockstaller is a Fellow of the American Physical Society and the Alexander von Humboldt Foundation and an Emmy Noether Grant recipient of the German Science Foundation.

Michael Bockstaller has been introducing high school sophomores to the fundamentals of materials science and nanotechnology since 2009.

Simulating engineering experiments at home or in the lab

The use of force-feedback joysticks in lab demonstrations could forever change engineering education, especially for students in underresourced environments or those affected by disaster.

A novel approach to 3D printing using a support bath can greatly expand the types of polymers that can be printed, enable chemical reactions of the printed materials to gain novel material properties, and increase the mechanical strength and reduce the print time of mechanical parts through design optimization.

Michael Bockstaller receives DOE-BES grant to study what causes nanoparticles to assemble into organized structures when polymer chains are attached to the particle’s surface.

MSE’s Michael Bockstaller was invited to participate and present at a roundtable meeting on LED solid state lighting in Washington D.C. organized by the DOE's Office of Energy Efficiency and Renewable Energy.

To create new nanomaterial technologies such as next-generation lighting, challenges underpinning the science and engineering of nanoparticles must be resolved.