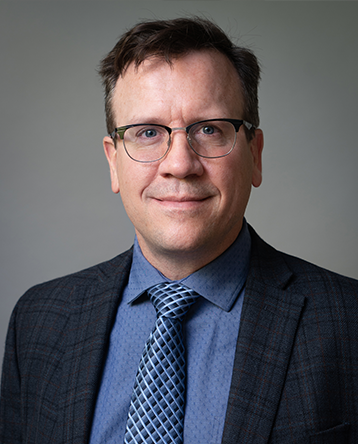 Douglas Weber is broadly interested in understanding the role of sensory feedback in supporting and regulating a wide range of perceptual, motor, cognitive, and autonomic functions. His research combines fundamental neuroscience and engineering research to understand physiological mechanisms underlying sensory perception, feedback control of movement, and neuroplasticity in sensorimotor systems. Knowledge gained from these studies is being applied to invent new technologies and therapies for enhancing sensory and motor functions after stroke, spinal cord injury, or limb loss. These principles are also being applied to develop wearable devices for enhancing sensory, motor, and cognitive functions in healthy humans. He is committed to transitioning outputs of his academic research into practical technologies that support real-world applications, and he works actively with industrial partners to bridge the gap from bench to market.

A founding member of DARPA’s Biological Technologies Office, Weber created and managed a portfolio of neurotechnology research programs to support the White House BRAIN initiative, launched by President Obama in 2013. He created DARPA’s HAPTIX, ElectRx, and TNT programs, which are developing implantable, injectable, and wearable neurotechnologies that restore natural motor and sensory functions for amputees, enable novel and drug-free therapies for treating inflammatory disease and mental health disorders, and promote plasticity in the brain to enhance learning of complex cognitive skills.

Weber completed post-doctoral training in the Centre for Neuroscience at the University of Alberta. He holds eight issued United States patents and has published extensively on a wide range of topics spanning sensorimotor neurophysiology, biomechanics, neural engineering, and physical medicine. He has mentored over 100 undergraduate, graduate and medical students and several post-doctoral fellows.

Improving the Interface Between Humans and Machines

Doug Weber and an international team of researchers detected electrical signals in paralyzed muscles, which could be used to control robotic assistive devices.

MechE’s Doug Weber recently had his research study on a brain implant that will allow paralyzed people to use a computer with their thoughts was featured in The Pittsburgh Post-Gazette.

CMU and Pitt will offer a joint MS-to-PhD program focused on AI, robotics, and neural engineering to increase the participation of underrepresented students in science and engineering.

A novel brain-computer interface will allow the severely paralyzed to send email messages and perform daily tasks like online shopping and banking with their minds.

Carnegie Mellon researchers are working with DARPA, Northwestern University, and Rice University to develop a system for regulating the body’s circadian clock.

The fusion of human and machine

New faculty member Doug Weber is combining engineering and neuroscience research to solve challenges related to control and sensation in humans and robotics.

MechE’s Doug Weber’s research on using the brain to control computers was featured in Wired.

Weber featured in Behind the Bench

Behind the Bench featured MechE’s Doug Weber in an extensive piece about his career and research.