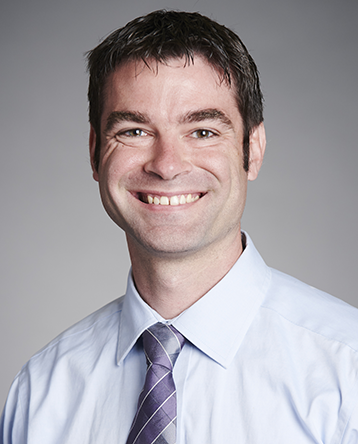 Vincent Sokalski obtained his B.S. in materials science and engineering from the University of Pittsburgh in 2007, followed by M.S. and Ph.D. degrees from Carnegie Mellon University in 2009 and 2011, also in materials science and engineering. He spent two years as a postdoctoral fellow in the Electrical and Computer Engineering Department at CMU working on spin devices for low-power memory and electronics. He joined the faculty at Carnegie Mellon University in September of 2013, where his research is focused on emerging phenomena in nanoscale magnetic and spintronic materials. He is chair of the Pittsburgh chapter of the IEEE magnetics society. He also chairs the MSE department committee for diversity, equity, and inclusion and serves on the College of Engineering committee for diversity, equity, and inclusion.

Sokalski’s research is on emerging phenomena in magnetic thin films for future computing applications. With a rapidly growing demand for computational energy, there is a pressing need for new materials and schemes to improve efficiency even if the concepts are radically different from existing technology. A new magnetic interaction has come to the forefront of physics in recent years called the Dzyaloshinskii-Moriya interaction, which stabilizes exotic magnetic features called skyrmions. These features can be manipulated by electric current with unprecedented efficiency making them promising candidates for future computer memory. His group is examining new materials using combinatorial approaches to stabilize different kinds of skyrmions and examine their properties. They make use of various magnetic characterization and imaging techniques including high resolution Lorentz transmission electron microscopy housed in MSE’s materials characterization suite.

In this new role, Sokalski will be even more focused on engaging with students outside of the classroom to blend social and educational activities.

Magnetic symmetry is not just like looking in a mirror

Vincent Sokalski and Michael Kitcher have uncovered the quantitative explanation for magnetic symmetry breaking during domain wall motion, a contribution to the fundamental physics of technology needed to build faster computers.

Within two decades, the global demand for energy will outweigh the total produced. Vincent Sokalski is solving this problem using magnetic materials for energy-efficient memory and computing.

The future of computer memory