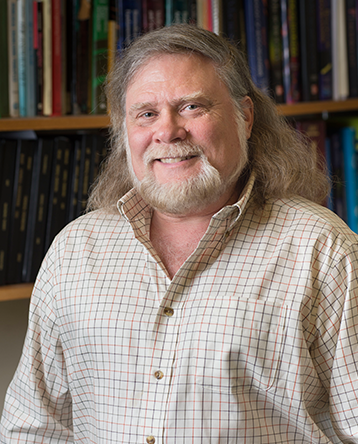 Mike Domach received his BS in Chemical Engineering with Environmental Engineering and Chemistry minors from the University of Massachusetts and he obtained his Ph.D. in Chemical Engineering from Cornell University. He was the inaugural Dow Chair Recipient at the Universidad Nacional del Sur, Argentina. He has served as a senior visiting scientist in bioinformatics at the Jackson Lab, Bar Harbor, ME and as a co-director of the NIH Training Program in Biotechnology. He is on the editorial board of the J. Biotechnology and was a co-founder of Automated Cell Technologies Inc, a NIST-ATP funded company. Domach wrote the textbook Introduction to Biomedical Engineering, now in its second edition. Currently, he serves as the editor and chief of Biotechnology Progress.

Domach studies fundamental and applied aspects of cell engineering and biology. He performs both experimental and computational work.

Blast from the past

Developed in the early 90s, ChemE Professor Michael Domach’s NMR spectroscopy reactor has been revitalized in research at the National Institutes of Health.