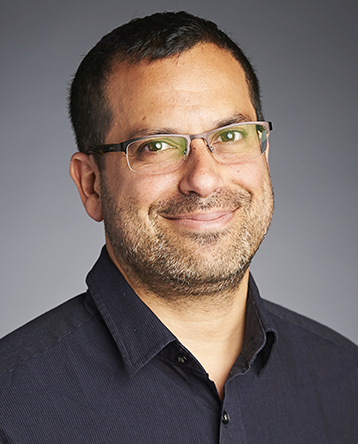 Tzahi Cohen-Karni received both his B.Sc. degree in Materials Engineering and B.A. degree in Chemistry from the Technion Israel Institute of Technology, Haifa, Israel, in 2004, his M.Sc. degree in Chemistry from Weizmann Institute of Science, Rehovot, Israel, in 2006, and his Ph.D. in Applied Physics from the School of Engineering and Applied Sciences, Harvard University, Cambridge, in 2011. For his Ph.D. work, Cohen-Karni received the Gold Graduate Student Award from the Materials Research Society in 2009, and was awarded the 2012 IUPAC Young Chemist Award.

Cohen-Karni was a Juvenile Diabetes Research Foundation (JDRF) Postdoctoral Fellow at the Massachusetts Institute of Technology and Boston Children's Hospital in the labs of Robert Langer and Daniel S. Kohane, where he developed nanostructured three-dimensional platforms for cellular interfaces.

Currently, Cohen-Karni is an associate professor in the Department of Biomedical Engineering and the Department of Materials Science and Engineering at Carnegie Mellon University. His research interests include the unique interfaces between biology and nanotechnology, namely interfacing tissue and cells with nanostructures, monitoring their electrical properties, and altering their properties through controlled interactions with the nanostructures.

How Cells "Talk" to Each Other in a Cellular Arrangement

CMU and Mayo Clinic to collaborate on transplant innovation

Using light to control how cells “talk” to one another isn’t new science, but researchers at CMU have discovered that MXene, an easily produced nanomaterial, can allow for effiicient cellular communication.

Research by BME/MSE’s Tzahi Cohen-Karni was featured in Florida News Times, as well as Knowledia, Asian Share, and Flipboard.

Carnegie Mellon researchers are working with DARPA, Northwestern University, and Rice University to develop a system for regulating the body’s circadian clock.

A remote control for neurons

A novel material for controlling human neuron cells could deepen our understanding of cell interactions and enable new therapies in medicine.

Producing hydrogen peroxide when, and where, it’s needed

Does a material exist that can be used to selectively, reliably, and efficiently form hydrogen peroxide whenever and wherever it’s needed?

Pittsburgh Business Times and International Business Times featured work by a group of CMU Engineering researchers who developed an “organ-on-an-electronic-chip” platform that measures the electrophysiology of heart cell structures in 3D.

A new organ-on-an-electronic-chip platform, published in Science Advances, uses self-rolling biosensor arrays to coil up and measure the electrophysiology of heart cells in 3D.