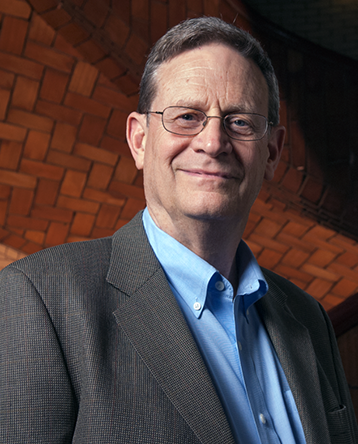 M. Granger Morgan is the Hamerschlag University Professor of Engineering at Carnegie Mellon. He holds appointments in three academic units: the Department of Engineering and Public Policy; the Department of Electrical and Computer Engineering; and the H. John Heinz III College. His research addresses problems in science, technology, and public policy, with a particular focus on energy, electric power, environmental systems, climate change, the adoption of new technologies, and risk analysis. Much of his work has involved the development and demonstration of methods to characterize and treat uncertainty in quantitative policy analysis. At CMU, Morgan co-directs the NSF Center for Climate and Energy Decision Making, and (with Jay Apt) the university's Electricity Industry Center.

Morgan is a member of the National Academy of Sciences and of the American Academy of Arts and Sciences. At the National Academies, he serves as the NAS co-chair of the Report Review Committee, and has chaired a variety of consensus studies. Morgan is a member of the board for the International Risk Governance Council Foundation, and of the Advisory Board for the E.ON Energy Research Center, RWTH Aachen. He is a member of the DOE's Electricity Advisory Committee, and of the Energy Advisory Committee of PNNL. In the past, he served as Chair of the Science Advisory Board of the U.S. Environmental Protection Agency, and as Chair of the Advisory Council of the Electric Power Research Institute. He is a Fellow of the AAAS, the IEEE, and the Society for Risk Analysis. He holds a B.A. from Harvard College (1963), where he concentrated in physics, an M.S. in astronomy and space science from Cornell (1965), and a Ph.D. from the Department of Applied Physics and Information Sciences at the University of California at San Diego (1969).

Many faculty from across the College of Engineering will be featured at events during this year’s Global Clean Energy Action Forum.

EPP’s Granger Morgan was quoted in a Washington Post article for his opinion on the growing concerns with the United State’s aging power infrastructure.

EPP’s Granger Morgan was interviewed on 60 Minutes on the US power grid facing threats from Russia and domestic terrorists.

EPP’s Jay Apt and Granger Morgan published an op-ed on decarbonizing electricity by 2035 in The Hill.

Should ships in India switch to shore power?

A team of Carnegie Mellon researchers has answered an important question about the shipping industry for a rapidly modernizing India.

EPP/ECE’s M. Granger Morgan was quoted in The New York Times on Trump’s relationship with science.

Morgan on futurists in science and industry

EPP’s Granger Morgan was quoted by Forbes in an article analyzing the importance of including futurists to planning the world’s energy future. With the rapid changes every year in technology and the world, it is hard for researchers and industries to keep up, and some find it useful to step back, reflect, and consider predictions of the future.

Under the guise of strengthening transparency, the U.S. Environmental Protection Agency has proposed a rule change that would limit what scientific studies can be used to inform environmental regulation. Only studies using data that can be made completely public would be eligible, eliminating much of the public health literature that relies on personal medical data, which cannot be made public for privacy reasons. EPP’s Granger Morgan argues that the rule change would “dramatically loosen a large number of standards that over the past several decades have been making America’s air and water safer for all of us.”

Changing transmission lines from alternating to direct current has been long overlooked, but it may be the cheapest way to boost capacity on our over-taxed grid.

A Vox article analyzing the debate over nuclear power and climate change referenced a study co-authored by EPP’s Granger Morgan and Ahmed Abdulla about nuclear energy. The article quotes the study to explain how the nuclear power industry is unable to compete in the energy market unless it is significantly subsidized through government policy.