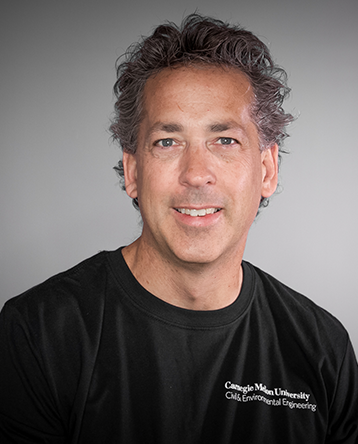 Lowry is a Fellow of the American Association for the Advancement of Science (AAAS). He has published more than 150 scientific articles in leading environmental engineering and science journals, and a book on nanoscale iron particles for groundwater remediation. He has received awards for his research from the American Society of Civil Engineers (Walter L. Huber Civil Engineering Research Award), the Association of Environmental Engineering and Science Professors (Malcolm Pirnie/AEESP Frontiers in Research Award), and the American Chemical Society (Best Feature Article in Environmental Science &Technology for 2012). He received the Distinguished Service award from AEESP in 2018, and was awarded the Fenves Award for Systems Research in 2011. He is a “highly cited” scientist (top 1%) in the area of ecology and environment according to Thompson Reuters/Clarivate (2014-2018).

Lowry’s research has been supported by the federal government (National Science Foundation, U.S. Department of Defense, U.S. Army Research Office, U.S. Department of Energy, and U.S. Environmental Protection Agency), with additional grant support from industry. Lowry has served on two NAS panels: Science Breakthroughs to Advance Food and Agricultural Research by 2030 and the Committee to Develop a Research Strategy for Environmental Health and Safety Aspects of Engineered Nanomaterials. He served as a science advisory board member for the international research Centers, NANOREM and NANOFASE.

CEE’s Greg Lowry was listed as one of Clarivate’s Highly Cited Researchers in the category of Environment and Ecology in the 2022 rankings.

Greg Lowry and Bob Tilton have created a new type of nanoparticle that may be able to immunize plants against harsh environmental conditions and pathogens.

The future of pesticides and fertilizers

Greg Lowry has demonstrated for the first time the ability of engineered nanoparticles to target specific structures on plant leaves.

Lowry and team featured in TechCrunch

Research by CEE’s Greg Lowry and his collaborators was featured in TechCrunch. The team has discovered a new method for delivering key nutrients to plant roots. This method would help plants absorb nearly 100% of nutrients and pesticides sprayed onto their leaves.

CMU researchers have discovered a way to deliver nanoparticles into plant leaves for efficient delivery to the root, paving the way toward sustainable food production.

Greg Lowry has been named a Fellow of the American Association for the Advancement of Science for his efforts in advancing environmental engineering and the use of nanomaterials.

CMU researchers make breakthrough discovery that gold nanoparticles can dissolve when they interact with freshwater aquatic plants—instead of remaining stable as commonly thought.

The future of agriculture is science

CEE’s Gregory Lowry was quoted in the Pittsburgh Post-Gazette about methods to prevent fertilizer runoff and the environmental impacts thereof to consider.

The answer to the growing, worldwide food production problem may have a tiny solution—nanoparticles.