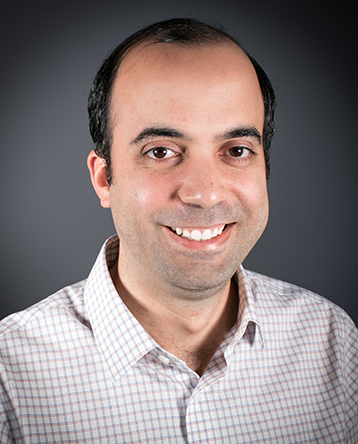 Mario Bergés is a professor in the Department of Civil and Environmental Engineering at Carnegie Mellon University (CMU). He is interested in making our built environment more operationally efficient and robust through the use of information and communication technologies, so that it can better deal with future resource constraints and a changing environment. Currently his work largely focuses on developing approximate inference techniques to extract useful information from sensor data coming from civil infrastructure systems, with a particular focus on buildings and energy efficiency. Bergés is the faculty co-director of the Smart Infrastructure Institute at CMU, as well as the director of the Intelligent Infrastructure Research Lab (INFERLab). Among recent awards, he received the Professor of the Year Award by the ASCE Pittsburgh Chapter in 2018, Outstanding Early Career Researcher award from FIATECH in 2010, and the Dean’s Early Career Fellowship from CMU in 2015. Bergés received his B.Sc. in 2004 from the Instituto Tecnológico de Santo Domingo, in the Dominican Republic; and his M.Sc. and Ph.D. in Civil and Environmental Engineering in 2007 and 2010, respectively, both from Carnegie Mellon University.

Unlocking the Power of Sensing Technology Today and Tomorrow

Decarbonizing the grid with flexible buildings

Researchers in CEE have created a new model that can help decrease energy consumption from buildings and provide for a more efficient grid.

Heating and cooling that anticipates your needs

Researchers have created a system that predicts each occupant’s ideal temperature range and changes the room temperature to provide better comfort for all.

In preparation for Mars and Moon missions, NASA is working on a project called Habitats Optimized for Missions of Exploration (HOME). CEE’s Mario Berges, head the research team, plans to combine artificial intelligence and robotic systems to create habitats that can maintenance themselves, allowing them to be left in space for long periods of time.

CEE’s Mario Bergés and Hae Young Noh and ECE’s Pei Zhang want to use sensors to improve early diagnosis of cognitive decline. By sensing electricity consumption and floor vibration patterns, they can tell the difference between confusion and proficiency in daily tasks. They may be able to use this data to detect warning signs and establish early treatment.

HOME away from home

To explore the Moon or Mars, astronauts need smart habitats that will remain operational when they are vacant. However, space is harsh, so we need autonomous systems that will not fail. Carnegie Mellon researchers are engineering a smarter habitat for deep space exploration

Escape from the heat island

New models of the urban heat island effect could inform the next generation of urban planners and help prevent hundreds of heat-related deaths occurring every year.

Berges weighs in on energy consumption

CEE’s Mario Berges was quoted by Choose Energy on the differences in energy consumption based on region and household spending behavior.

Representatives from Carnegie Mellon’s College of Engineering traveled to the City of Chengdu, Sichuan Province, China to sign a Memorandum of Understanding (MOU) for the establishment of a smart cities research partnership with the Chengdu High-Tech Development Zone (CDHT), and The Lab Ventures, LLC.