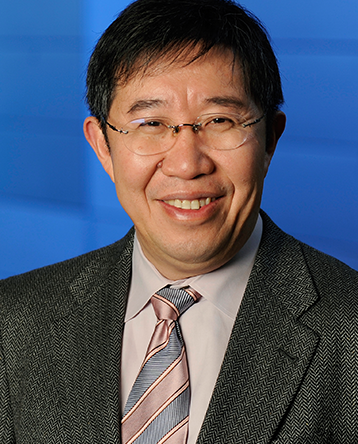 Jian-Gang (Jimmy) Zhu, a Fellow of IEEE, is the ABB Professor of Electrical and Computer Engineering at Carnegie Mellon University. He is also the director of the Data Storage Systems Center, a world-leading research institution in hard drive technology. He holds courtesy appointments in the Department of Material Science and Engineering and the Department of Physics. Zhu is the director of the Data Storage Systems Center (DSSC) and the co-director of the new SYSU-CMU Joint Institute of Engineering, a joint effort between Carnegie Mellon University and Sun Yat-sen University in China. He was the Cheung Kong Chair Professor at Huazhong University of Science and Technology, China from 2006-2008. He served on the editorial advisory board of the Journal of Magnetism and Magnetic Materials from 1998 to 2008.

Some awards Zhu has received include the McKnight Land Grant Professorship from the University of Minnesota in 1992, the NSF Presidential Young Investigator Award in 1993, the R&D Magazine Top 100 Invention Award in 1996, IEEE Society Distinguished Lecturer in 2004, Carnegie Mellon University Outstanding Research Award in 2010, and most recently, the IEEE Society Achievement Award, the highest award of the IEEE Magnetic Society, in 2011. He also received the Sigma Excellence in Teaching Award in 2012. Zhu has authored and co-authored over 290 refereed papers in major international journals along with seven book chapters and has given over 80 invited papers at various major international conferences. He holds 18 U.S. patents

ECE’s Vanessa Chen and Jimmy Zhu have been awarded a National Science Foundation grant to create robust defenses for Internet of Things devices.

ECE’s Jian-Gang (Jimmy) Zhu recently commented for IEEE Spectrum on the future of magnetic storage. The leading manufacturers of hard drives, Seagate Technology and Western Digital, are split on how to solve the longstanding debate over how to squeeze more data into a given area. “In my opinion, (microwave-assisted magnetic recording is) a nonargument."

Jimmy Zhu has created a method to store huge amounts of data on a compact hard disk drive.

ECE’s Jimmy Zhu was quoted in Forbes on the use of MAMR technology for increasing HDD areal density as an alternative to HAMR.

The future of computer memory