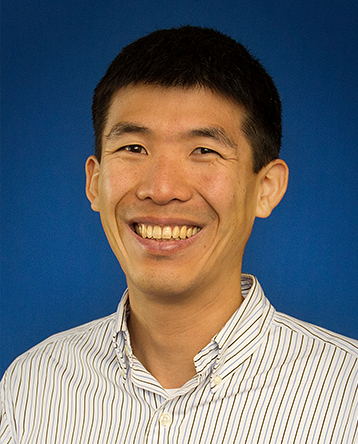 Yu joined the faculty of Carnegie Mellon University in 2010, where he is an associate professor in the Departments of Electrical and Computer Engineering and Biomedical Engineering and the Gerard G. Elia Career Development Professor. He is broadly interested in how large populations of neurons process information, from encoding sensory stimuli to driving motor actions. His group develops and applies novel statistical algorithms and uses brain-computer interfaces to study brain function.

Novel method aims to demystify communication in the brain

Does the brain learn in the same way that machines learn?

Steve Chase, Matt Smith, and Byron Yu were recently awarded a $3 million grant from the NSF to support research investigating internal states in the brain, including motivation, attention, and arousal, using brain-computer interfaces.

BME/ECE’s Byron Yu was quoted on Axios about his brain-computer interface research.

Connecting the dots between engagement and learning

New research from Carnegie Mellon University and the University of Pittsburgh examines how changes in internal states, such as engagement, can affect the learning process using BCI technology.

NIH-funded project will get your attention

Matt Smith and Byron Yu will simultaneously record multiple regions of the brain as subjects go through the process of preparing, establishing, and maintaining attention.

By recording the activity of separate populations of neurons simultaneously, researchers have gained an unprecedented insight into how the “waxing and waning” of our mental state influences the decisions we make.

New research will drastically improve brain-computer interfaces and their ability to remain stabilized, greatly reducing the need to recalibrate these devices during or between experiments.

Mastering a new skill—whether a sport, an instrument, or a craft—takes time and training. While it is understood that a healthy brain is capable of learning these new skills, how the brain changes in order to develop new behaviors is a relative mystery.