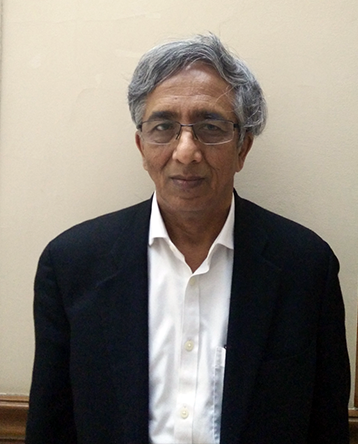 Eswaran Subrahmanian is a research professor in the Engineering Research Accelerator and the Department of Engineering and Public Policy at Carnegie Mellon University (CMU). He is currently spending part of the year working on Smart networks and Societies at the Software and Systems Division of the Information Technology Laboratory at the National Institute for Standards and Technology, USA. He is also a visiting honorary professor at the International Institute of Information Technology, Bangalore and an adjunct faculty member of Ahmadabad University. He has held several positions including chief scientist at the Center for Study of Science, Technology and Policy (2008-2011), visiting professor at Delft University of Technology, Netherlands (2007-2010) and University of Lyon II, France(Summer of 2003); and guest researcher at the National Institute of Standards and Technology, USA (2003-2008).

Subrahmanian's research is in the areas of socio-technical systems design, decision support systems, engineering informatics, design theory and methods, and engineering design education. He has worked on several R&D projects designing design processes and collaborative work support systems with Asea Brown Boveri, Alcoa, Bombardier, Boeing, and Robert Bosch. He has also been involved in the National Health Information Systems Project, the Digital Archive for Engineering Information, and the Role of Standards for Product Life-Cycle Management in the USA. He has been a consultant to a number of organizations including ABB, Bosch, Lytix, and the World Bank.

Subrahmanian has over 90 peer-reviewed publications and 3 co-edited books on empirical studies in engineering design, knowledge management and design engineering, and a co-authored book on ICT for development. He was awarded the Steven Fenves Award for contributions to Systems Engineering at Carnegie Mellon, 2006. He was elected a Fellow of the American Association of Advancement of Science in 2008. He was elected as a distinguished scientist of the Association of Computing Machinery 2013. He is member of the Design Society and Design Research Society.

Subrahmanian is also the co-founder of Fields of View, a non-profit group based in Bangalore that undertakes research at the intersection of technology, social sciences, and art to design tools for policymakers and people.

The Accelerator’s Eswaran Subrahmanian has co-authored and published the book We are Not Users: Dialogues, Diversity and Design via the MIT Press. The book is the culmination of more than 20 years of study of design processes.