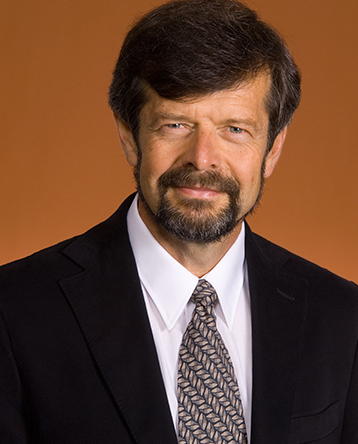 Marek Skowronski obtained his Ph.D. degree in Solid State Physics from Warsaw University (Warsaw, Poland). His postdoctoral appointment was at Massachusetts Institute of Technology, where he used junction spectroscopy to study compound semiconductors. This was followed by work at Cabot Corp. on growth of compound semiconductors. In 1988, he moved to Carnegie Mellon University, where he is currently a professor in the Department of Materials Science and Engineering. His work at Carnegie Mellon has focused on deposition of thin films for electronic applications, fabrication of energy efficient devices, and electron microscopy.

Skowronki's group to discover, understand, and fabricate novel materials, phenomena, and device structures for information storage and processing. The overarching driving force for the group's research is increasing energy efficiency of next-generation computing. Energy efficient information technology (IT) matters for global energy usage: extrapolated growth of energy consumption by all forms of IT will equal global energy production by 2040 ("Rebooting the IT Revolution", 2015). Moreover, it limits the performance of all IT devices: the clock rate in laptops has not increased since 2005 due to "heat death" of the processor.

Research directions that can address these problems and are a focus of the group's activities include non-volatile memory and logic devices, neuromorphic (brain-like) computing, devices scalable beyond the current technology limits, and "More-than-Moore" electronics. All projects are highly collaborative requiring interaction with and visits to other institutions. Ongoing collaborations include Intel, Micron, Oak Ridge National Laboratory, National Institute of Standards and Technology, Arizona State University, and the University of Michigan.