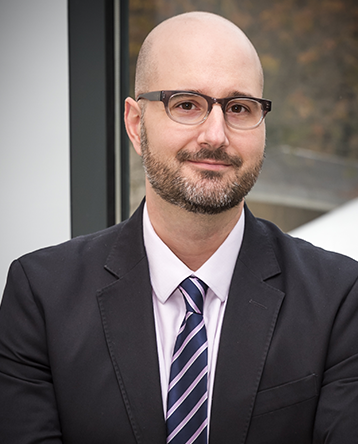 Constantine (Costa) Samaras is an associate professor in the Department of Civil and Environmental Engineering and affiliated faculty in the Energy Science, Technology and Policy Program at Carnegie Mellon University. His research focuses on the pathways to clean, climate-safe, equitable, and secure energy and infrastructure systems.

Samaras analyzes how technologies and policies affect energy use and national security, resilience to climate change impacts, economic and equity outcomes, and life cycle environmental emissions and other externalities. He directs the Center for Engineering and Resilience for Climate Adaptation and is the Director of the Power Sector Carbon Index. He is a fellow in Carnegie Mellon’s Scott Institute for Energy Innovation and by courtesy, a faculty member in both the Department of Engineering and Public Policy and CMU’s H. John Heinz III College of Information Systems and Public Policy.

Samaras has published numerous studies examining electric and automated vehicles, renewable electricity, clean energy transitions and decarbonization policy, and climate resilience. He was a contributor to the 4th National Climate Assessment, and was one of the lead author contributors to the Global Energy Assessment. He has also led analyses on energy security, strategic basing, and infrastructure issues faced by the Department of Defense. He teaches courses on energy utilization and demand, climate change resilience, and infrastructure and environment interconnections in a changing world. In 2018, he was named Professor of the Year by the Pittsburgh Section of the American Society of Civil Engineers.

Samaras regularly provides commentary to online, print, radio, and television media, and his comments have appeared in The New York Times, The Washington Post, The Wall Street Journal, NPR, The Atlantic, PBS, ABC News, WIRED, and other outlets. He has presented his research to senior appointed governmental leaders, former cabinet secretaries, senior federal and military decisionmakers, Congress Members and professional staff, and the leadership of major utilities, automotive companies, and technology firms.

From 2009 to 2014 he was a RAND Corporation researcher, most recently as a Senior Engineer and a professor at the Pardee RAND Graduate School, and was an adjunct senior researcher through 2021. From 2008 to 2009 he was a post-doctoral fellow in the Climate Decisionmaking Center at Carnegie Mellon, working on electric transportation and low-carbon technology policy. From 1999 to 2004 he was an engineer working on several multibillion-dollar infrastructure megaprojects in New York, including the extension of the Number 7 subway line in Manhattan, and also worked on the rebuilding of the subway line underneath the World Trade Center after the attacks of September 11, 2001.

A team lead by Costa Samaras and Thiago Rodrigues has shown that using small drones for the last mile of package deliveries uses less energy and creates fewer emissions than conventional means.

CEE’s Costa Samaras was interviewed by Bloomberg Tax because he is the principal assistant director for energy for the White House Office of Science and Technology Policy.

CEE/EPP’s Costas Samaras has joined the OSTP as the principal assistant director for energy.

Costa Samaras has been appointed principal assistant director for energy and chief advisor for energy policy in the White House Office of Science and Technology Policy’s first-ever Energy Division.

CEE/EPP’s Costas Samaras was quoted in Forbes on infrastructure and climate change.

Who’s paying for your Uber?

Researchers have published a new study quantifying the societal costs and benefits of an Uber or Lyft trip.

CEE’s Costa Samaras was quoted in E&E News’ Energywire on how older power plants, despite being necessary to address power demand in some cases, are more expensive and contribute negatively to climate change.

Research from CEE’s Costa Samaras was featured in a recent opinion piece published by The New York Times. The article discusses challenges to the widespread use of electric vehicles, and whether it will be enough to help solve the problem of climate change.

CEE’s Costa Samaras was a guest on the My Climate Journey podcast, which explores the topic of climate change and how listeners can help.

CEE’s Costas Samaras was interviewed in MARKETPLACE about offshore wind. Last week, the Biden administration announced that they will begin exploring offshore wind energy and plan to have 2,000 turbines in American waters by 2030.

CEE’s Costa Samaras was quoted in Wired on the Ford F-150 Lightning, a new electric truck with a shockingly low price.

CEE’s Costa Samaras was quoted in Scientific American on the reduction of carbon emissions.