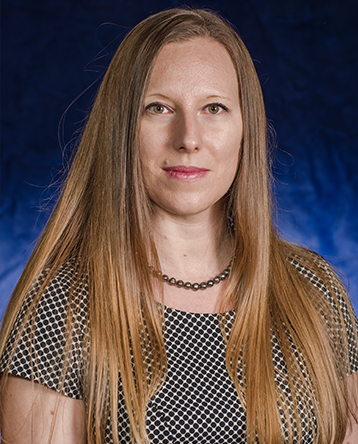 Noa Marom received a B.A. in physics and a B.S. in materials engineering, both cum laude, from the Technion-Israel Institute of Technology in 2003. From 2002 to 2004, she worked as an application engineer in the Process Development and Control Division of Applied Materials. In 2010, she received a Ph.D. in chemistry from the Weizmann Institute of Science. She was awarded the Shimon Reich Memorial Prize of Excellence for her thesis. She then pursued postdoctoral research at the Institute for Computational Engineering and Sciences (ICES) at the University of Texas at Austin. From 2013 to 2016, she was an assistant professor in the Physics and Engineering Physics (PEP) Department at Tulane University. In 2016, she joined the Materials Science and Engineering Department at Carnegie Mellon as an assistant professor. She holds courtesy appointments in the Department of Physics and the Department of Chemistry, and is a member of the Pittsburgh Quantum Institute (PQI)

MSE’s Noa Marom was mentioned by Science Daily about her research on topology for quantum computing.

MSE’s Noa Marom has been named a recipient of the American Chemical Society’s OpenEye Outstanding Junior Faculty Award. The competitive award is designed to recognize the work of rising faculty members and assist them in gaining visibility within the computational chemistry and modeling community.

MSE’s Noa Marom has been selected to lead one of 10 data science projects to be part of the Argonne Leadership Computing Facility’s (ALCF) Aurora Early Science Program (ESP), the goal of which is to prepare key applications, libraries, and infrastructure for the architecture and scale of exascale computing.

Funding from the Scott Institute will stimulate new research initiatives ranging from developing a tool that can help people assess the climate risks of hydroelectric projects globally to finding a way to produce semiconductors economically for use in ultra-high efficiency power electronic devices.