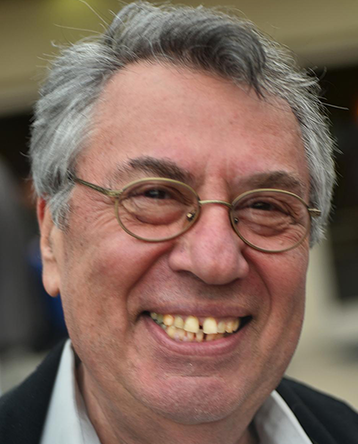 Aharon Inspektor is an adjunct professor in CMU's Department of Materials Science and Engineering. Aharon received his doctor degrees in physical chemistry from the Technion Israel Institute of Technology, Haifa, Israel. His doctoral research focused on plasma-surface interactions in a non-equilibrium plasma atmosphere, and plasma assisted deposition processes. Prior to joining the department, Aharon served as senior scientist and project leader at Kennametal, Inc., overseeing the development of new surface technologies and coatings. His team earned several industry awards including 2012 KVBS Award for Product Development and Technical Excellence, 2009 Innovator of the Year Award, 2004 KVBS Millennium Award for Technical Excellence, and two Carnegie CST Awards: PVD Nanolayer Technology (2007) and Diamond Technology (1997). Aharon has co-authored over 70 technical peer reviewed papers, invited talks, and patents.  He serves on the executive board of the Advanced Surface Engineering division of the American Vacuum Society and chaired the division between 2002 and 2003. He served on the editorial boards of Surface and Coating Technology from Elsevier; Journal of Advanced Materials and Manufacturing Process from Marcel Dekker, Inc.; and Journal of Adhesion Science from Technology VSP, the Netherland. He is on board of the International Conference on Metallurgical Coatings and Thin Films (ICMCTF) and served as co-editor of the ICMCTF Proceedings between 2006 and 2008. He founded the ICMCTF San Diego Quo-Vadis expert panel on emerging trends in surface technologies and Co-Chaired the 2002 Gorham Conference on “Advanced Coatings and Surface Systems” in Atlanta, Georgia.

He has a special interest in fundamental aspects and industrial applications in materials science and engineering, which includes: