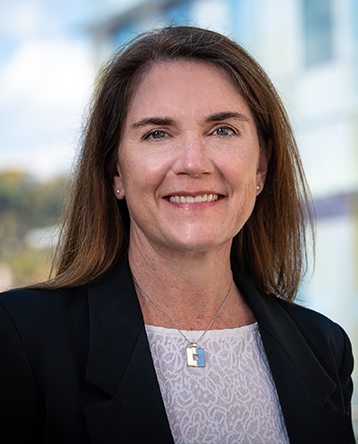 Elizabeth Dickey’s research focuses on developing processing-structure-property relationships for material systems in which the macroscopic physical properties (mechanical, electrical, thermal, etc.) are governed by grain boundaries or internal interfaces. Particular emphasis is placed on understanding the role of grain boundary chemistry on electrical and chemical transport. In addition, she is interested in understanding the role of microstructure and interfaces on the mechanical properties of eutectic ceramic composites, which are being developed for high-temperature and armor applications. Her research involves using an array of analytical techniques, in particular electron microscopy and spectroscopy, to understand the structure and chemistry of internal defects in materials.

Dickey received her Ph.D. in Materials Science and Engineering from Northwestern University. Before joining CMU, she spent a decade with the Materials Science and Engineering Department at North Carolina State University (NCSU) as a professor, and later as Associate Department Head. She has more than 200 publications in these areas with more than 20,000 citations. Her awards and honors include:

American Association for the Advancement of Science

Incoming MSE Head Elizabeth Dickey has been named an American Association for the Advancement of Science Fellow.