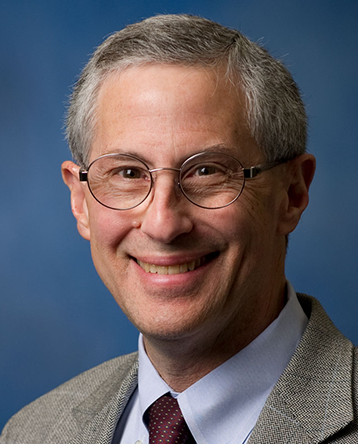 Jay Apt is an emeritus professor at Carnegie Mellon University’s Tepper School of Business and in the CMU Department of Engineering and Public Policy. He has authored more than 120 papers in peer-reviewed scientific journals, as well as two books and several book chapters. He has published opinion pieces in the Wall Street Journal, the New York Times, and the Washington Post. Apt received an A.B. in physics from Harvard College in 1971 and a Ph.D. in physics from the Massachusetts Institute of Technology in 1976. He is a Fellow of the American Association for the Advancement of Science. He was a member of the Electric Power Research Institute Board of Directors from 2007 through 2013. He received the NASA Distinguished Service Medal and the Metcalf Lifetime Achievement Award for significant contributions to engineering.

Apt’s study referenced on cost of electricity in Pennsylvania

A study co-authored by EPP’s Jay Apt was referenced in a TribLive article about the cost of electricity in Pennsylvania after deregulation.

EPP’s Jay Apt and Granger Morgan published an op-ed on decarbonizing electricity by 2035 in The Hill.

Apt on his historic family home

EPP’s Jay Apt was interviewed for a story in The Wall Street Journal featuring his family’s historic home in Pittsburgh, which is on the market for the first time since it was built for his family in the 1950s.

Apt pens The Current War review for The Conversation

The Current War: Director’s Cut, starring Benedict Cumberbatch and Michael Shannon, tells the story of the fight between Thomas Edison and George Westinghouse for control over the future of electric power delivery in the U.S. EPP/Tepper’s Jay Apt provides a review that both critiques the movie and explains the differences between AC and DC power.

EPP’s Jay Apt was interviewed by TribLive in an article anticipating President Trump’s visit to Pittsburgh as the keynote speaker at the Shale Insight conference. Addressing the energy sector in Pittsburgh, Apt argued that not a lot has changed in Pittsburgh’s energy sector in the three years of the Trump administration.

EPP’s Jay Apt was recently quoted in Cleveland about the feasibility of improving power grids to withstand severe weather.

EPP’s Jay Apt, a former astronaut who flew four NASA missions between 1985 and 1997, was quoted by Pittsburgh Post-Gazette about the Apollo 11 moon landing missions.

Apt quoted on the massive blackout in New York City

EPP’s Jay Apt was quoted in a USA Today article about a massive blackout that hit New York City on July 13th. He explained that there will always be some unreliability in the power system.

Gov. Tom Wolf wants to reduce Pennsylvania’s greenhouse gas emissions 26% by 2025 and 80% by 2050. EPP’s Jay Apt says that this goal is plausible because energy investments are long-lived and the choices we make today can greatly affect the future. He adds that keeping nuclear power plants operating is a good low-pollution strategy.