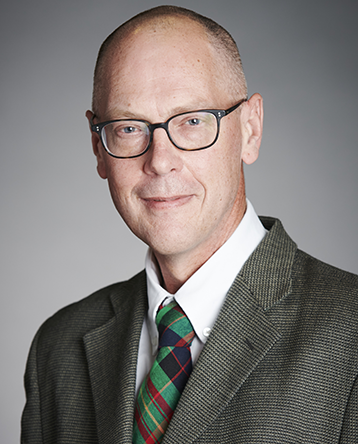 P. Chris Pistorius is a metallurgical engineer whose research focuses on of metals and alloys, mainly steel, and corrosion. A native South African, he received bachelor's and master's degrees in metallurgical engineering from the University of and completed a Ph.D. in corrosion at the University of Cambridge. He was an associate professor and then professor in the Department of Materials Science and Metallurgical Engineering, University of Pretoria, South Africa, from 1991 to 2008. He served as head of that department from May 2002 to June 2008. He has been of Materials Science and Engineering at Carnegie Mellon since July 2008, working closely with Richard Fruehan and then Bryan Webler in the Center for Iron and Steelmaking Research. He is the POSCO professor of iron and steelmaking.

In early August, Carnegie Mellon University hosted the 11th North American Materials Education Symposium (NAMES), the first to be held in person since 2019.

A decarbonization project led by EPP’s Valerie Karplus has received a $1.5 million research grant from the National Science Foundation that runs from 2023 to 2025. Karplus’ collaborators are MSE’s Chris Pistorius, EPP’s Paulina Jaramillo, and EPP’s Edson Severnini.

Pistorius in NYT on materials for knives

MSE’s Chris Pistorius was mentioned by The New York Times about the environmental impact of a stainless steel knife.

A two-part series from WTAE TV shows how steel-making will be a key piece of the regional economy in the future, as steel plants adapt to a world of advanced manufacturing and diminishing reliance on fossil fuels. MSE’s Chris Pistorius discusses new technologies for steel-making in the 21st century for WTAE’s “State of Steel.”

U.S. Steel plans to invest $1B on a new kind of steel-making process that combines casting and rolling. This new technology could cut energy consumption in half and open up a new kind of steel production, said MSE’s Chris Pistorius. However, the new facility will also raise the stakes on accident prevention and reduce jobs.

MSE’s Chris Pistorius and Ph.D. student Karina Assis have been awarded the Adrian Normanton Award from The Institute of Materials, Minerals and Minin (IOM3).

Pistorius quoted in The New Yorker about Southern steel

MSE’s Chris Pistorius is quoted in The New Yorker on the automation of the steel industry in the American South.

Steelmakers are looking to make steel without coke, which is an expensive, carbon-rich form of coal that contributes heavily to air pollution. But can blast furnaces function well without coke, or will the steel industry have to make other, more drastic changes to the steelmaking process?

Stay up-to-date with each department of Carnegie Mellon’s College of Engineering.