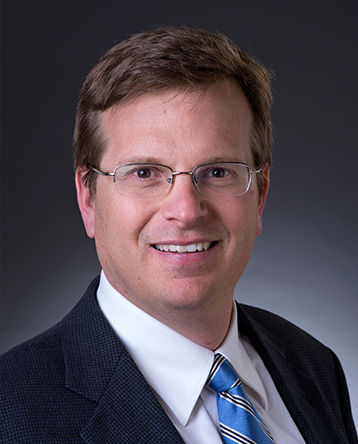 Allen L. Robinson is the Director of Carnegie Mellon University Africa and Raymond J. Lane Distinguished University Professor of the Department of Mechanical Engineering, and a professor within the Department of Engineering and Public Policy at Carnegie Mellon University. He is the director of the EPA-funded Center for Air, Climate, and Energy Solutions (CACES). He also serves as Associate Dean for International Programs in Africa.

Robinson’s research examines technical and policy issues related to the impact of emissions from energy systems on air quality and climate. His activities include process-oriented field and laboratory experiments, development and evaluation of mathematical models to describe atmospheric processes, exposure characterization, and the application of models for policy analysis and decision making. He teaches courses on graduate and undergraduate courses on thermodynamics, atmospheric chemistry, air pollution control, climate change mitigation, combustion, and air quality engineering.

Robinson joined Carnegie Mellon in 1998 after working for two years as a postdoctoral fellow at the Combustion Research Facility at Sandia National Laboratories. In 2009-2010, Robinson was a visiting faculty fellow at the Cooperative Institute for Research in Environmental Science (CIRES) at the University of Colorado Boulder. In 2012 he was a professor at Colorado State University in the Departments of Atmospheric Science and Mechanical Engineering, before returning to Carnegie Mellon as department head of Mechanical Engineering.

Robinson received his Ph.D. from the University of California at Berkeley in Mechanical Engineering in 1996 and his B.S. in Civil Engineering from Stanford University in 1990. Robinson received the George Tallman Ladd Outstanding Young Faculty Award from Carnegie Mellon University in 2000, the Ahrens Career Development Chair in Mechanical Engineering from Carnegie Mellon University in 2005, the Raymond J. Lane Distinguished Professorship in 2013, and the American Geophysical Union ASCENT award in 2015. He is also the former president and an elected fellow of the American Association for Aerosol Research (AAAR).

The Role of AI and Machine Learning in Mechanical Engineering

The African Engineering and Technology Network, led by CMU-Africa, awarded six planning grants to research collaborations that will lead to socio-economic impact and focus on driving inclusive digital growth on the continent.

Allen Robinson was elected an American Geophysical Union’s (AGU) Fellow for his outstanding achievements and contributions that push the frontiers of science forward.

"Cleaning up" an oil spill

Following the oil spill off the coast of Southern California, ChemE looks at different techniques used during past and present clean-up efforts.

Allen Robinson has been named the next director of CMU-Africa, effective January 1, 2022.

MechE Head Allen Robinson published an opinion piece in the Pennsylvania Capital-Star on the importance of closing loopholes when regulating methane emissions.

“We tell our students that we’re preparing them to solve real world challenges... and this is as real as it gets.” The latest issue of MechE Magazine reflects on a year of agility and resilience with optimism for the future.

MechE Head Allen Robinson was quoted in U.S. News & World Report on what a student can do with a mechanical engineering degree.