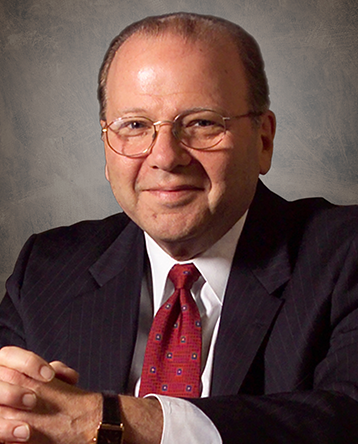 Jared L. Cohon started his academic career at Johns Hopkins where he rose through the academic ranks and served in administrative positions from 1973 to 1992, when he left for Yale where he was dean of the School of Forestry and Environmental Studies until 1997.

Cohon served as Carnegie Mellon's eighth president from 1997 to 2013. During that time, the University made progress on many fronts, including teaching and research, international activities, diversity and economic development in southwest Pennsylvania. He now holds the title of President Emeritus at Carnegie Mellon, is a professor in the Department of Civil and Environmental Engineering, and is affiliated with the Department of Engineering and Public Policy.

He has worked on large-scale water problems in Argentina, China, India, and the U.S. and on energy facility issues, especially nuclear waste. He serves on several government, non-profit, and corporate boards. In 2014 and 2015, he co-chaired the Commission to Review and Evaluate the National Energy Laboratories.

CEE/EPP’s Jared Cohon was quoted in TRIB Live on the wide disparity in water prices across Western Pennsylvania.

President Emeritus Jared Cohon published an op-ed in The Hill on the proposed Innovation and Competition Act currently being reviewed by Congress.

CEE/EPP’s Jared Cohon was interviewed by CNBC Africa and spoke on how the master’s students at CMU’s African campus may shape African economies and policy discussions.

CEE/EPP’s Jared Cohon co-wrote an article with previous DOE secretary TJ Glauthier in The Hill about Trump’s new budget, which poses a threat to research in energy and innovation.