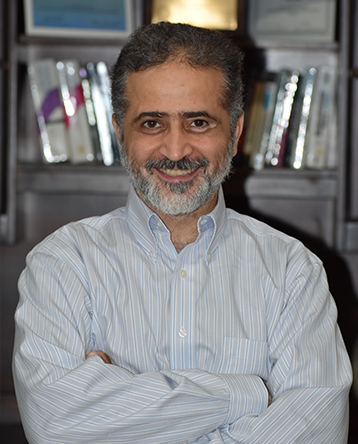 Ehab Al-Shaer is a distinguished career professor at the Information Networking Institute (INI) and faculty member at Carnegie Mellon CyLab Security and Privacy Institute. Before joining CMU, Al-Shaer was professor and the founding director of the CyberDNA and NSF Cybersecurity Analytics and Automation (CCAA) centers at the University of North Carolina, Charlotte, from 2009 to 2020.

Al-Shaer has spent more than 22 years as a researcher and educator in the field of cybersecurity. His primary research areas are network security, cybersecurity analytics and automation, intrusion and fault diagnosis, and network resilience. Throughout his career, he has received significant research funding from both government agencies and industry, as well as published 10 books and more than 200 refereed publications, many of which are well-cited works in the fields of data-driven and formal-driven cybersecurity. Al-Shaer has also led several technology transfer projects and served as an advisory board member for leading companies in cybersecurity automation. He has two accepted patents and several others submitted.

In 2011, he was designated by the Department of Defense (DoD) as a Subject Matter Expert (SME) on security analytics and automation, and was awarded the IBM Faculty Award in 2012, and the UNC Charlotte Faculty Research Award in 2013.

Al-Shaer has served as Program Chair of ARO Autonomous Cyber Deception Workshop in 2018, ACM/IEEE SafeConfig 2013-2015, IEEE Integrated Management (IM) 2007, and IEEE POLICY 2008. He also served as General Chair of the ACM Computer and Communications Security (CCS) in 2009 and 2010, and the NSF Workshop in Assurable and Usable Security Configuration in 2008.

Carnegie Mellon CyLab’s Secure and Private IoT Initiative (IoT@CyLab) has announced its third round of funding, which will support 12 Internet of Things (IoT)-related projects for one year.